November 14, 2011 – Senior Living Residences’ President, Robert Larkin, and one of its Compass Memory Support Communities, Compass on the Bay in Boston, were highlighted in an in-depth series on Alzheimer’s disease on WBUR (90.9 FM) – Fade to Darkness. The eight-minute piece “Preparing for an Alzheimer’s ‘Tsunami’ ” was reported by Deborah Becker and featured SLR’s innovative approach to treating the symptoms of Alzheimer’s disease in a residential assisted living setting.

Preparing For An Alzheimer’s ‘Tsunami’ wbur.org 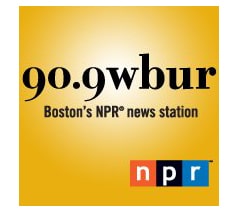 The COMPASS memory care approach, developed by Senior Living Residences in affiliation with the Boston University School of Medicine’s Alzheimer’s Disease Center, treats the symptoms of Alzheimer’s by putting cutting edge Alzheimer’s research into action. The WBUR story highlighted SLR’s Reconnections Program which is an adult-learning curriculum based on research that cognitive stimulation may slow the progression of Alzheimer’s disease, and that individuals with Alzheimer’s still have the ability to learn. Learning courses are focused on residents’ past and present interests, occupations and life-long experiences and help residents reconnect with the world around them.

The COMPASS philosophy is that residents should have the fullest possible sense of control over their daily lives, continue to learn, enjoy personal relationships, play a role in their own care, and live meaningful lives. This positive and optimistic approach to treating individuals with Alzheimer’s disease, which reduces reliance on behavior medications and instead utilizes unique person-centered programming to treat the symptoms of Alzheimer’s, is what sets COMPASS apart.

The COMPASS philosophy is gaining increasing support among leading international Alzheimer’s disease researchers, as evidenced earlier this year at the 26th International Conference of Alzheimer’s Disease International in Toronto, Canada. Leading researchers reported that, while rigorous studies need to be done, psychosocial interventions may be as effective in treating the symptoms of dementia as current medications, and that diet and exercise can play a major role in the prevention of dementia.