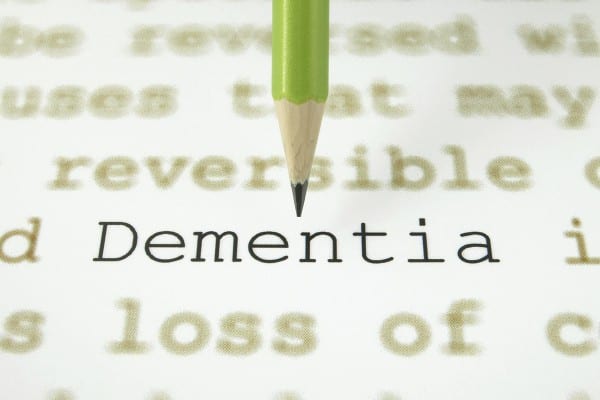 There are more than 50 documented causes of dementia (some say more than 100!) In many cases the cause of dementia can’t even be attributed to just one affliction or disease.

Although Alzheimer’s disease is the most notorious and most common form of dementia, it is not the only cause.

The most common forms of dementia

Alzheimer’s disease is characterized by two abnormalities in the brain – amyloid plaques and neurofibrillary tangles. The plaques are abnormal clumps of a protein called beta amyloid. The tangles are bundles of twisted filaments made up of a protein called tau. Plaques and tangles stop communication between nerve cells and cause them to die.

Lewy body disease (LBD) is characterized by the presence of Lewy bodies in the brain. Lewy bodies are abnormal clumps of the protein alpha-synuclein that develop inside nerve cells. These abnormalities occur in specific areas of the brain, causing changes in movement, thinking and behavior.

LBD is often diagnosed as Parkinson’s, Alzheimer’s or some other form of dementia, but the symptoms can be much different including hallucinations, anxiety and rapidly progressing dementia.

Frontotemporal dementia refers to a group of conditions that involve degeneration of the front and side regions of the brain. These conditions eventually lead to a progressive decline in behavior, language, or both.

As Parkinson’s brain changes gradually spread, they often begin to affect mental functions, including memory and the ability to pay attention, make sound judgments and plan the steps needed to complete a task.

There is also a lot of media coverage of repetitive brain trauma caused by multiple concussions due to contact sports. The Boston University School of Medicine Alzheimer’s Disease Center in Boston is one of the leading research centers studying the impact of sports-related brain trauma on the general population. The Boston University School of Medicine is always looking for study participants. See how you can get involved in current studies that look at Chronic Traumatic Encephalopathy (CTE), a degenerative brain disease.

Huntington’s disease, Creutzfeldt-Jakob Disease, and Korsakoff syndrome (a chronic memory disorder caused by severe deficiency of vitamin B-1, most commonly caused by alcohol misuse) can cause dementia.

In addition, as they age, those affected by Down syndrome have a greatly increased risk of developing a type of dementia that’s either the same as or very similar to Alzheimer’s disease.

For detailed descriptions on the link between these conditions and dementia, visit the Alzheimer’s Association web site.

There are a number of conditions that produce symptoms similar to dementia. These can often be treated.

There are many other conditions that can cause symptoms of dementia. If you are experiencing memory loss or cognitive impairment, see your physician. It is essential that a medical diagnosis is obtained at an early stage when symptoms first appear to ensure that a person who has a treatable condition is diagnosed and treated correctly. If the symptoms are caused by dementia, an early diagnosis will mean early access to support, information and medication should it be available.